Stay in the loop

Another eventful week at Queen’s Park.

The good news is that Bill 39, the one that would allow Mayor Tory to make decisions with only one-third of City Council, is going to committee. This will give the public an opportunity to provide their comments about the bill either in person or in writing. To sign up, follow the link here.

On Thursday morning MPP Wong-Tam and I held an emergency press event on Bill 39. I would like to thank former mayors Barbara Hall, John Sewell, and our councillor Ausma Malik among many others for adding their voices. 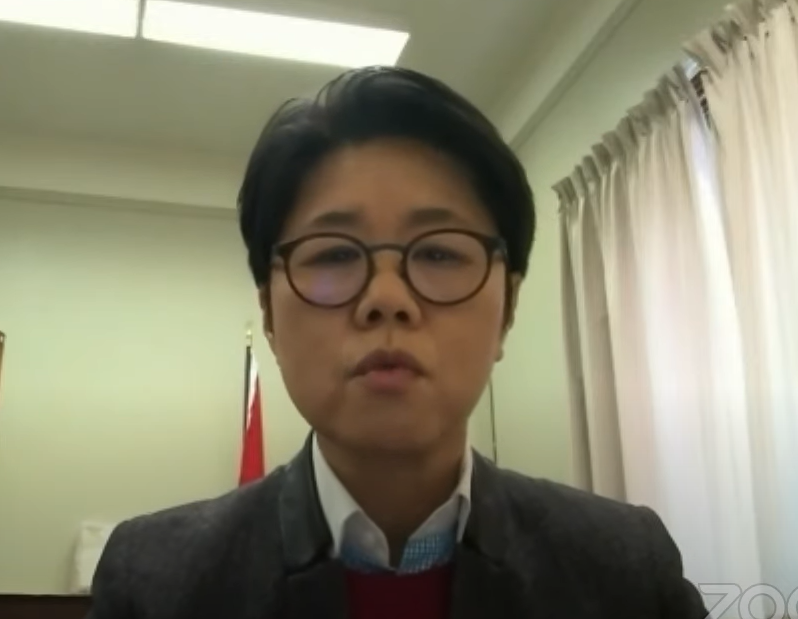 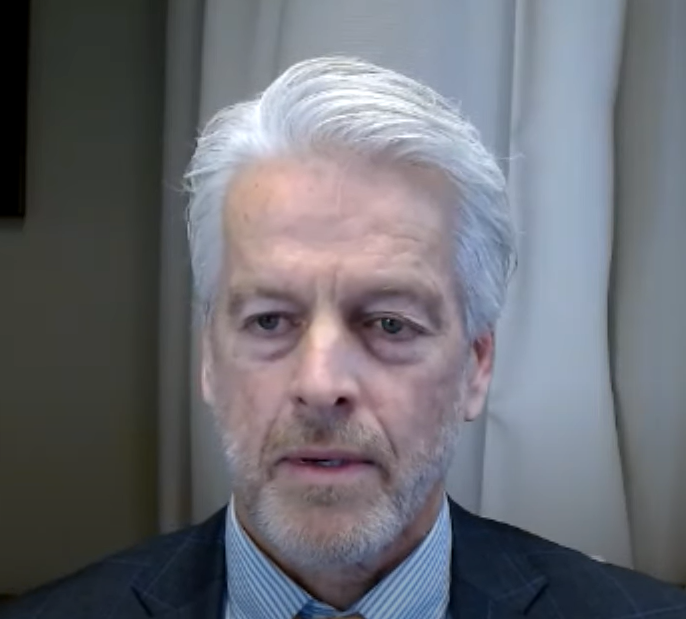 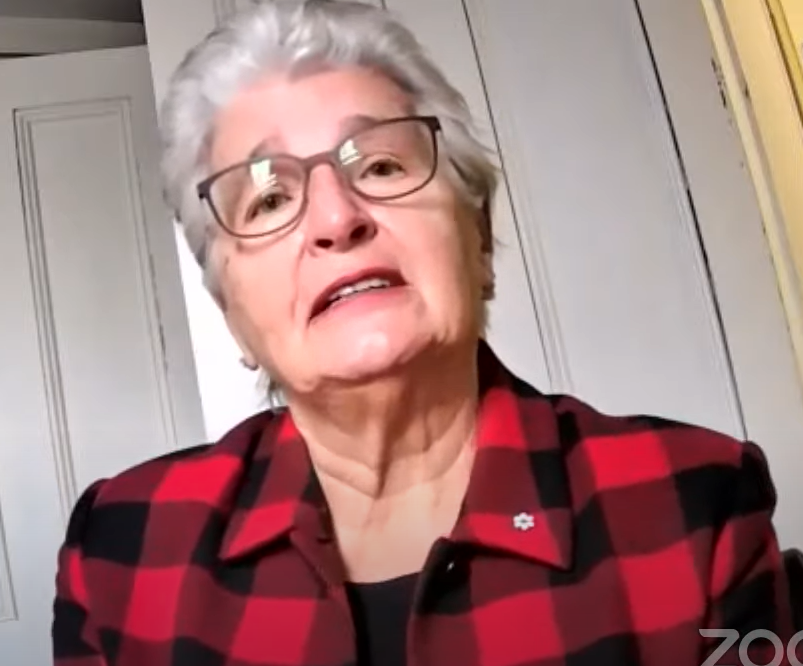 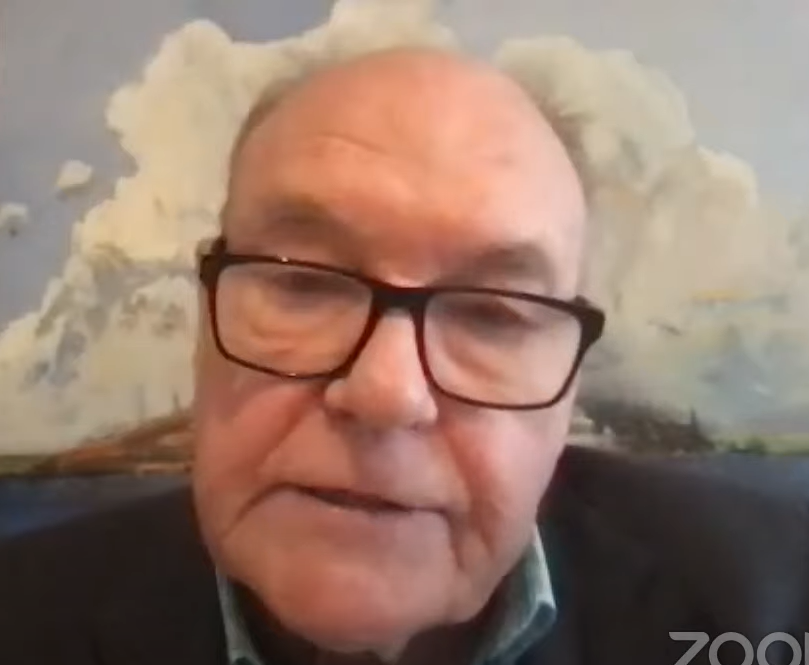 The other controversial bill before the house, Bill 23, is now in third reading and could become law this week. The bill includes many problematic actions including paving over 7,400 acres of the Greenbelt, removing Toronto’s Green Building Standard – that mandates new buildings be environmentally sustainable, puts existing rental units at risk and gives $1 billion in tax subsidies to developers. I want to thank the St. Lawrence Neighbourhood Association, the West Queen West BIA and the Federation of South Toronto Residents Associations for deputing to the legislature on this important legislation.

You may have heard in the media that Metrolinx was planning to remove five mature trees from the Osgoode Hall lawn on December 5th. My office has spoken with Metrolinx and they have provided an update below. We are hoping the city’s review will find a way to build the station without destroying a portion of the lawn and the heritage fence that surrounds it.

In this update, also see information about an upcoming meeting on the Island Airport bomb scare, the Toronto Island Park Master plan, and the African Canadian State of Affairs summit.

In the meantime, the holiday season is upon us. The Distillery Winter Village has launched and there are many events in Spadina-Fort York. Join me for my Holipalooza virtual event on December 10 at 7:00 pm. See these and other Fun Things to Do! 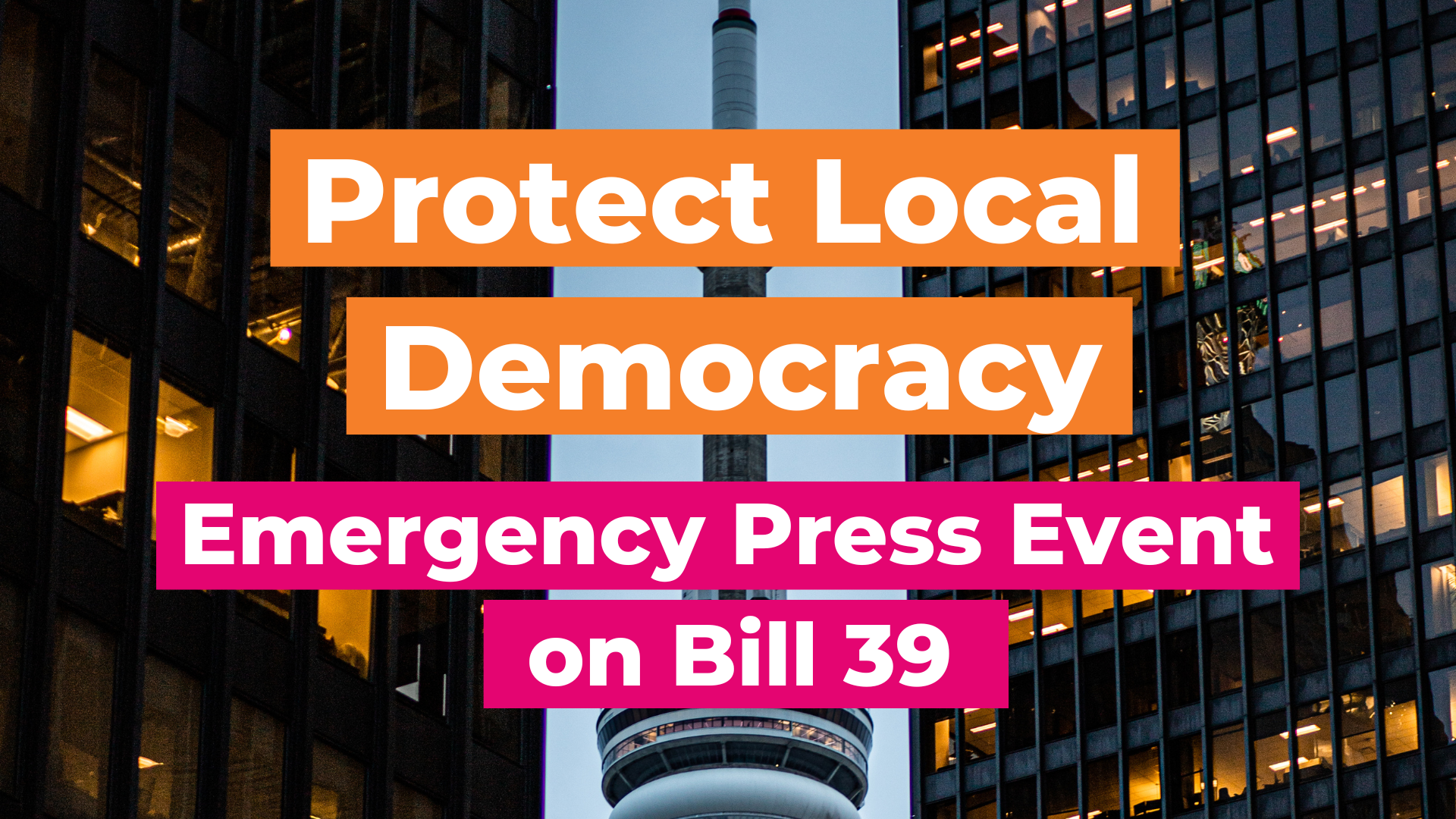 On Thursday, November 24 at 9:30 am, MPP Kristyn Wong-Tam and I will hold a virtual press forum on Bill 39. Included in the list of those deputing is former mayor David Miller, former councillor Mike Layton, Councillor Josh Matlow, Councillor Jamaal Myers, and other experts.

My office has received some information from Metrolinx regarding the community notice stating that five historic trees are slated to be cut down on the Osgoode Hall grounds.

According to the Metrolinx representative:

“The community notice was a draft and was not finalized. Work plans for the area are still being confirmed and discussed with partners. Once they are confirmed, we will share them with the community. Metrolinx will host a community meeting in the coming weeks, to provide updates on plans for the Ontario Line Osgoode Station. No plans to remove trees at Osgoode Hall on December 5 have been confirmed.”

The Metrolinx rep also said that they are awaiting the City of Toronto’s third-party review of the technical details regarding the future Osgoode Station location.

The removal of trees is said to be required in order to conduct site testing of the property. We have asked if this testing could be done without removing the trees. Metrolinx will be looking into this as a possibility.

We have been working with community members that are concerned about the Metrolinx proposal. The lawn is the last green space in that part of downtown core. We have discussed alternative locations with Metrolinx and we are hoping that the third-party review will find an alternative location, perhaps under Queen Street, for the new station so that the lawn can be preserved.

Metrolinx has announced that two contracts have been awarded, and two requests for qualifications (RFQs) have also been released for the Ontario Line. Details here.

The two contracts were awarded to Ontario Transit Group and Connect 6ix. Work on both of these contracts is expected to start in early 2023. The RFQs were released for two contracts that cover major construction work in the project’s northern segment. 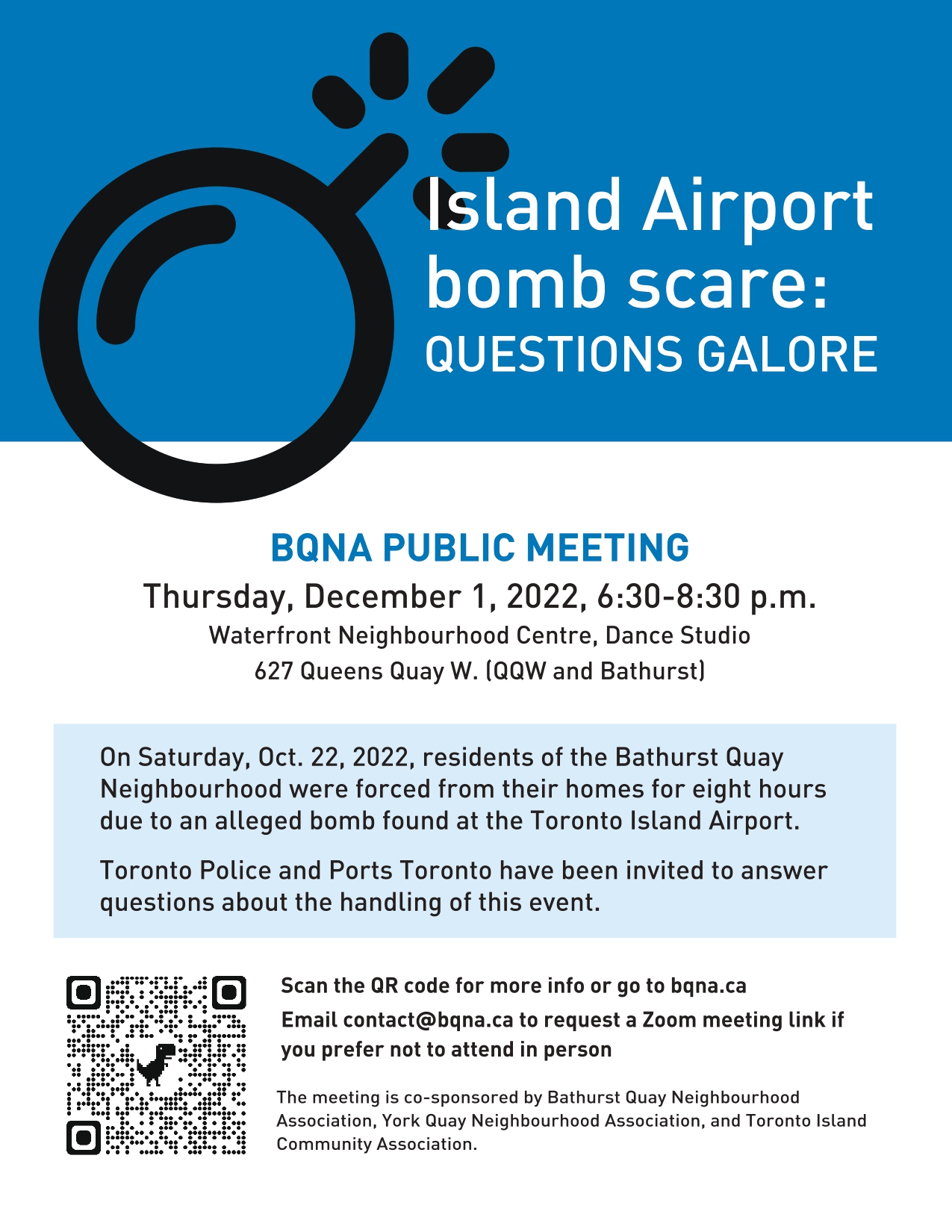 The purpose of the meeting is to get feedback from residents in the area, many of whom were evacuated from their homes and not able to return until midnight. More information about the incident and a backgrounder is available here.

The meeting will also be available via Zoom – please email [email protected] to request the link.

The public is invited to join this in-person event to learn more about the details of the Toronto Island Park Master Plan, speak with the project team and share your thoughts.

Though not required, people are encouraged to RSVP here to receive a reminder and event details.

The Ripple Effect Circle invites you to join this free 4th annual summit to engage in meaningful discussion on anti-Black racism and to address the crisis impacting the Black community. Community members’ questions will be answered by sector leaders and government officials. Register here.

Ripple Effect is also asking for community members to take part in a survey that will assist in gathering information regarding occurrences of anti-Black racism and in working with sector partners. Complete the survey here. 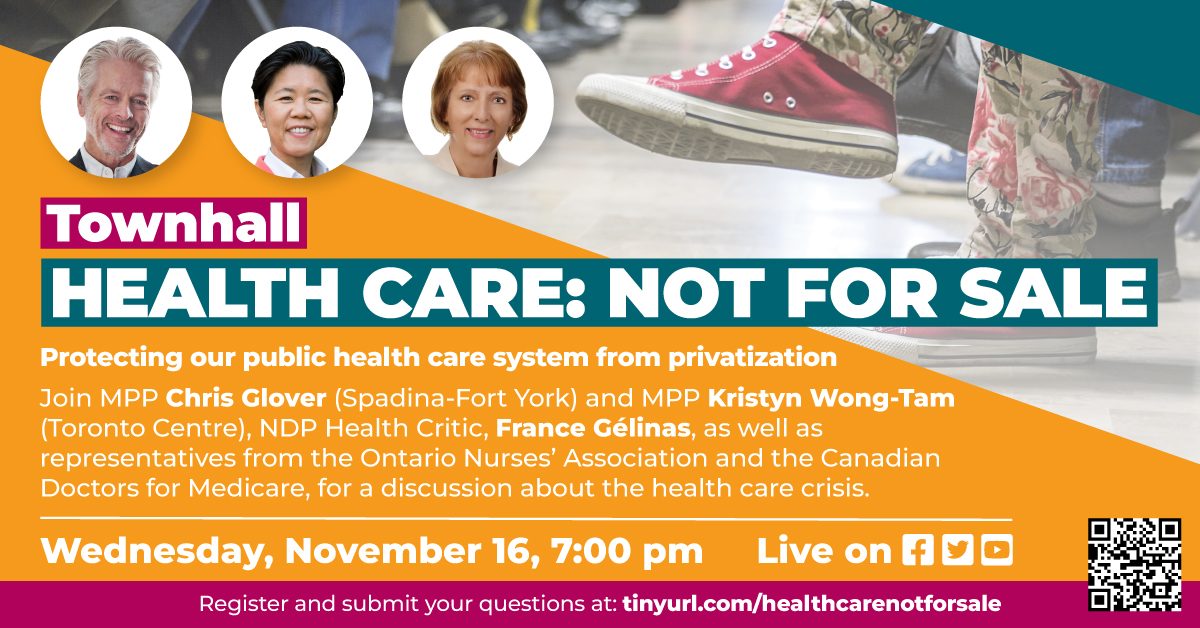 Thank you to everyone who participated in the Health Care Townhall. Watch the recording here.

After introducing Bill 23, Build More Homes Faster Act, the Ontario government has backtracked on its promise not to touch the Greenbelt and announced a plan to remove approximately 7,400 acres of protected land. The government claims that this land is needed to build 50,000 new homes for the influx of immigrants to the province.

My colleagues and I will be vigorously opposing this plan. The plan has nothing to do with solving the housing affordability crisis or building homes for real people. If this government was truly interested in helping people find a home, it would commit to building more affordable homes for Ontarians, bringing in stronger rent control measures, building missing middle homes in existing neighbourhoods and clamping down on speculation. There are plenty of places to build homes without destroying the Greenbelt.

The government has launched a consultation on the proposed changes to the Greenbelt. Read the proposal and submit your comments here.

Bill 39 follows Ford’s about-face on Bill 28, which was introduced two weeks ago and repealed on Monday. Bill 28 used the “notwithstanding” clause to strip education support workers of their fundamental freedoms and legal rights under the Charter of Rights and Freedoms. The bill also stripped education workers of protection under the Ontario Human Rights Code, which means that Bill 28 would stand, even if it discriminated against the education workers, who are predominantly women and people of colour.

After an incredible mobilization by workers and concerned residents, and the threat of a general strike, Ford backed down and repealed Bill 28 on Monday.

There is always rationale for the premier’s attacks on our democracy. The government’s rationale for Bill 39 is that it’s needed to build more homes faster. But the government’s own task force on housing did not recommend stripping municipalities of their democratic rights. It also stated that there was no need to develop new housing on the Greenbelt or other greenfield lands. Instead, it stressed intensification within existing built-up areas as the priority. It should also be noted that the City of Toronto has consistently exceeded growth targets set by the provincial government.

The rationale for stripping education workers of their Charter Rights and Human Rights Code protections was that it would keep kids in schools. Instead, the predictable backlash created a crisis in our schools.

These are just the most recent attacks on our democratic rights. In his first term, the premier introduced legislation invoking the “notwithstanding” clause to change the rules of Toronto’s municipal election and to restrict paid advertising that may have been critical of the government in the year before the provincial election.

I’ve been writing about this since taking office. Please see my articles in The Guardian and NOW Magazine on Election Spending, and Emergency Measures.

Our office continues to hear from constituents regarding the inordinate delays at the Landlord and Tenant Board (LTB). The government has finally recognized that this is a significant problem and has asked the Ontario Ombudsman to investigate the delays and report back. I hope that the report will include the critical recommendations needed to reform the Tribunal Watch Ontario.

Some of the delays are due to this government’s inaction in appointing adjudicators. Last week, there was also the disturbing news that the LTB is priortizing cases involving corporate landlords’ above-guideline rent increases over others.

I will be writing a letter to the Ombudsman and would like to include real examples about how the LTB delays are affecting constituents. If you would like to share your story, please complete the form here.

Novotel Shelter to Shut Down in December

In October, the City of Toronto announced that it would be closing the shelter located in the former Novotel at 45 The Esplanade. The site was leased to the city in February 2021 as a temporary shelter as part of Toronto’s pandemic response. Read the news release here.

The site closed all news admissions on October 12 and has begun relocating its 251 residents. The city says that the property will revert back to its use as a hotel in 2023 with future plans to redevelop the site with a condo complex.

Earlier this month, the city announced its Winter Services Plan which includes:

The City of Toronto has been overwhelmed by the homelessness crisis because the province refuses to do what is needed – bringing back real rent control, doubling ODSP/OW, and providing affordable, supportive housing with wraparound supports including overdose prevention, employment programs, and mental health and addictions resources for those hardest to house. Sign my petition here.

The Professional Access Into Employment (PAIE) is a 9-month program of Employment Ontario that caters to newcomers trained in the environmental sector looking to start their career. The February 2023 registration page is now open to applications from eligible residents.

The City of Toronto is holding a virtual Community Safety Forum on Thursday, November 24, 4:30 pm for a community conversation with youth, grassroots groups and faith leaders about the journey of recovery, coping and healing from community violence. Register here or scan the QR code in the flyer.

Approximately 8 million Canadians are caring for someone with a serious illness, disability or frailty. These dedicated caregivers are making untold sacrifices to look after others who are unable to care for themselves. Each year, Canada Cares calls on Canadians from coast-to-coast to nominate amazing caregivers for our annual awards. Deadline is December 31, 2022. Nominate someone here.

Is there a new addition to your family? Send the name of your baby, the parents’ names and other relevant information and we’ll send a “Welcome to the World” certificate to celebrate this special event. 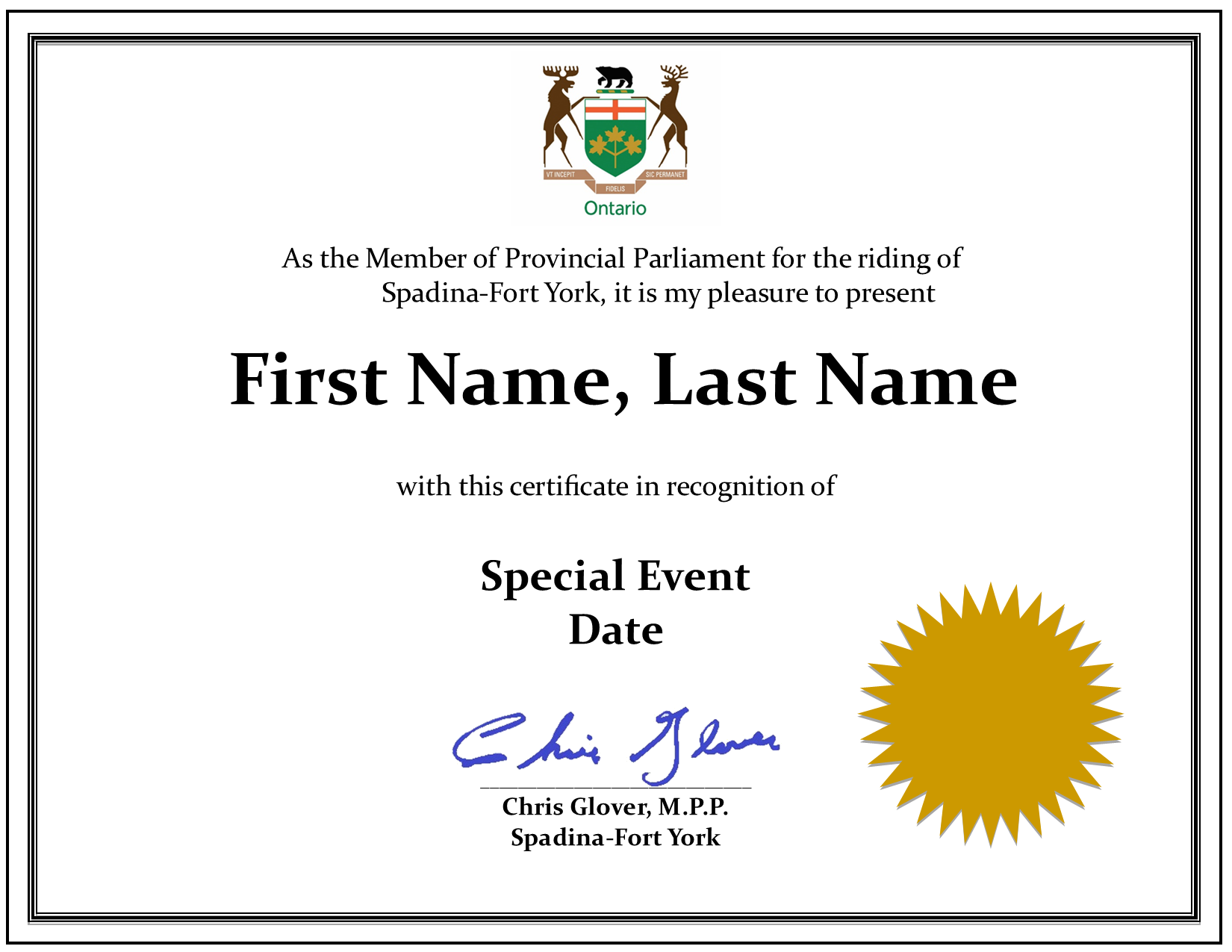 Chris in the House 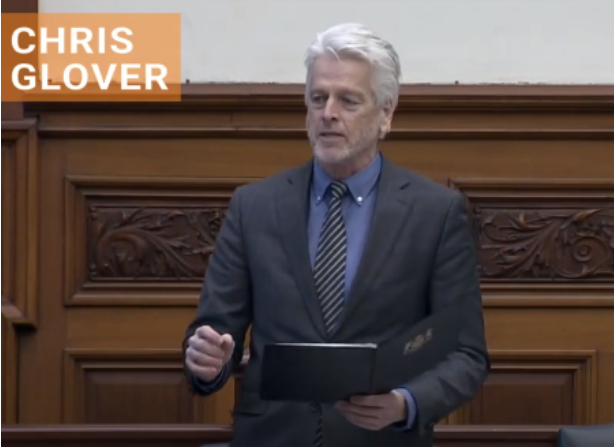 Below are some of my recent statements at Queen’s Park:

The Impact of Interest Hikes on Student Loans