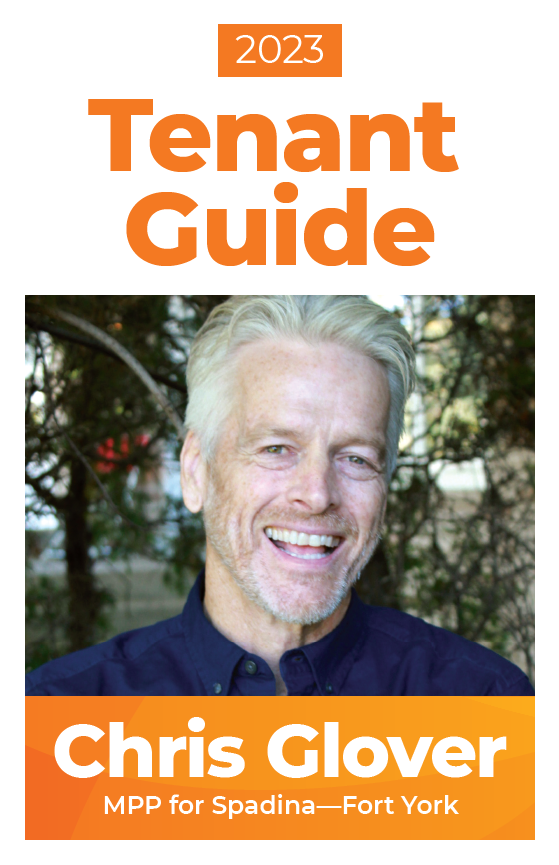 Please contact us at [email protected] if you would like a hard copy of the guide mailed to you.

For tenants protected by the RTA, a landlord must wait 12 months after the tenant moves in before they can raise the rent. Rent can only be raised once every 12 months. More information on residential rent increases available here. 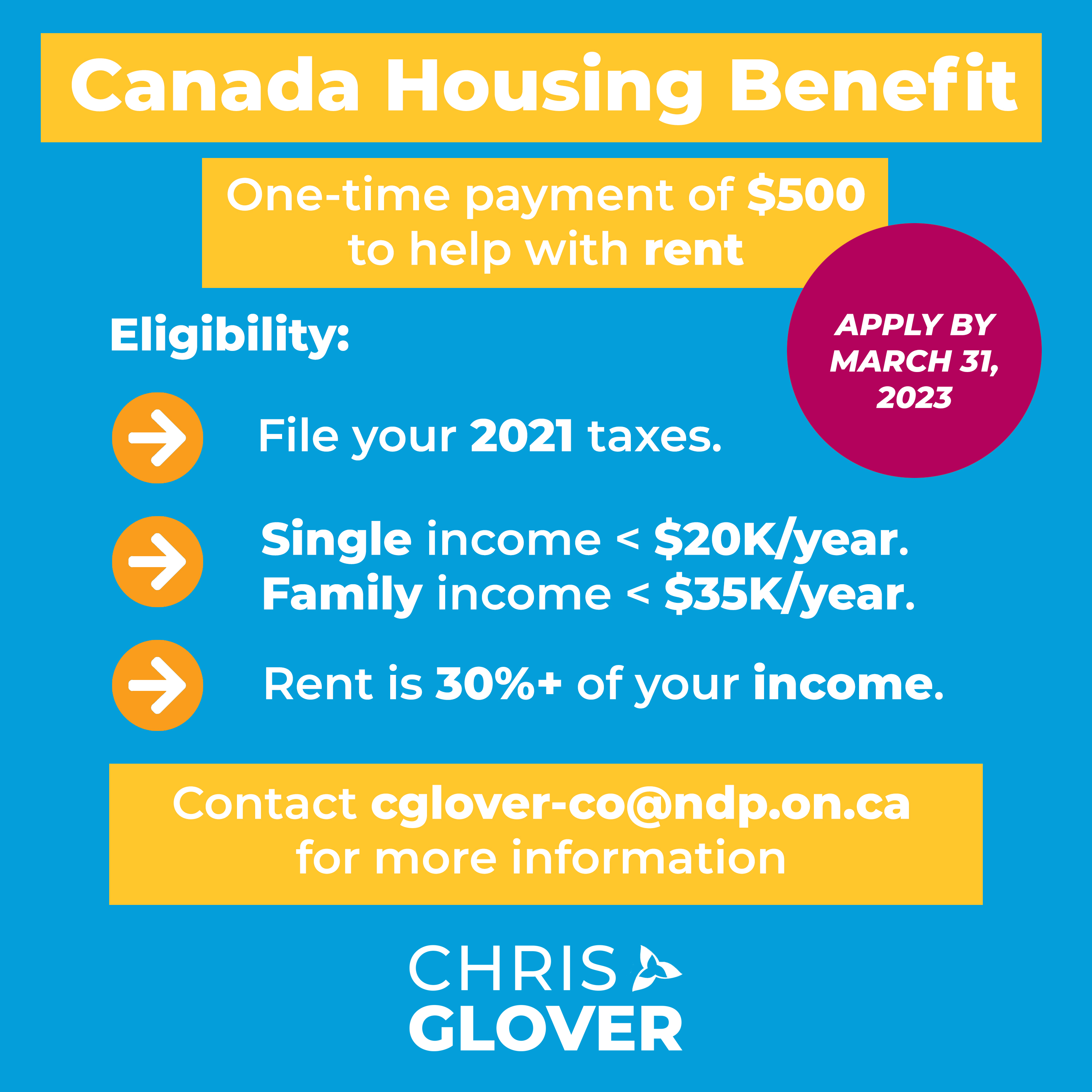 As part of the federal NDP-Liberal deal, the Canada Housing Benefit has been rolled out as a one-time, tax-free payment of $500 for low-income renters. Renters can get this benefit even if they do not receive the Canada-Ontario Housing Benefit or another housing subsidy.

This benefit does not affect other federal benefits such as the GST Credit, Canada Child Benefit, and the Guaranteed Income Supplement. The Ontario government has not yet confirmed whether the top-up will affect provincial benefits like Ontario Works, the Ontario Disability Support Program, or the Ontario Trillium Benefit.

Applications are now open until March 31, 2023. Click here for details on eligibility and how to apply.

Our office continues to hear from constituents regarding the inordinate delays at the Landlord and Tenant Board (LTB). The government has finally recognized that this is a significant problem and has asked the Ontario Ombudsman to investigate the delays and report back. I hope that the report will include the critical recommendations needed to reform the Tribunal Watch Ontario.

Some of the delays are due to this government’s inaction in appointing adjudicators. Last week, there was also the disturbing news that the LTB is priortizing cases involving corporate landlords’ above-guideline rent increases over others.

I will be writing a letter to the Ombudsman and would like to include real examples about how the LTB delays are affecting constituents. If you would like to share your story, please complete the form here.

Are you a tenant interested in learning about your rights under the law? The Tenant School program provides free legal information to tenants. The school is run by the Federation of Metro Tenants' Associations at http://www.torontotenants.org

If you are facing harassment:

If you have problems with repairs and maintenance in your unit:

If you have problems with rent increases and evictions

Organizations that can help you with your housing issues, or support your organizing

Bill 23: What You Need To Know

Every Ontarian deserves to live in a home they can afford that meets their needs. To achieve that, Ontario must address our housing affordability crisis. Our approach must include building new homes, and having government take the lead and build more affordable and deeply affordable homes. We must also clamp down on investor-driven speculation, and ensure renters have strong protections and strong rent control so they can afford to live in safe and affordable homes as well.

ERO notice here, with links to various consultations related to this bill and other Housing Supply Action Plan proposals

Here's 5 Quick Things You Should Know About Bill 23

Bill 23 is a huge bill.  I've shared some key pointers. Below is a line-by-line summary of the schedules for you to review.

If you want to share your written commentary on the bill or speak to this bill to MPPs in committee at Queen's Park, please sign up here.

Here's a detailed summary of the key sections in Bill 23