Last night, I addressed a crowd-filled room at the Harbourfront Centre for the York Quay Neighbourhood Association’s flood readiness forum. Is Toronto ready for flooding season? No. I spoke about how the Great Lakes are at record levels for this time of year and, if we have even an average spring, we will have flooding. If it is a wet spring, the flooding will be worse than in 2017 or 2019. The Ford government is not doing enough to prepare. In New York, the army corps of engineers is putting up sandbags, water barriers and building water diversions. Manitoba has announced it has $3 million available to the local level. The government should be helping municipalities and homeowners with damage costs. In Ontario we have municipalities voting to leave homeowners on their own because they have no money from the Province. For more information, see the fact sheet below. 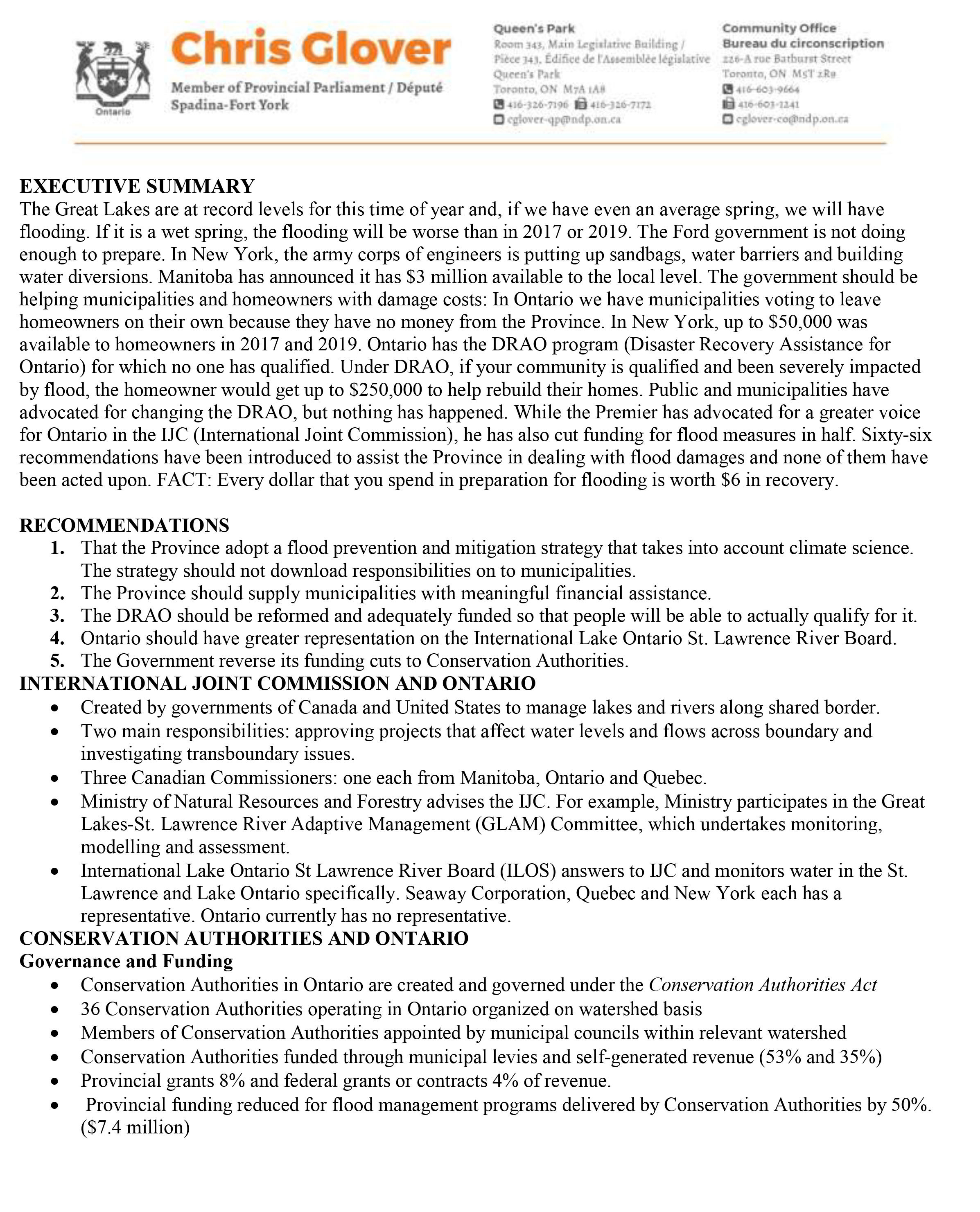 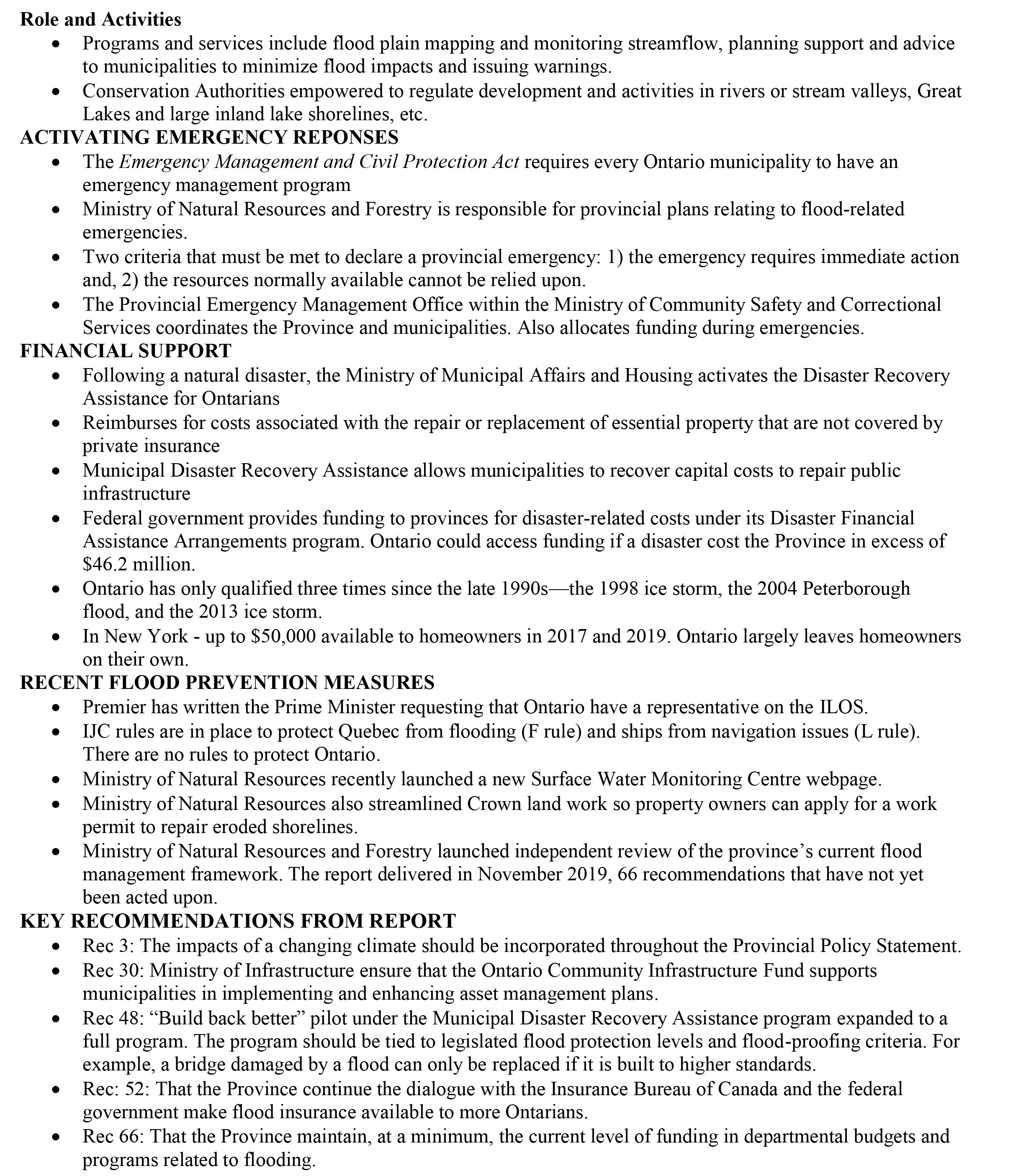